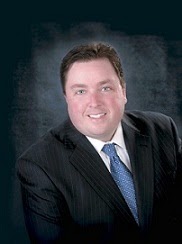 Charles C. Brennan is an entrepreneurial businessman and philanthropist based in Las Vegas, Nevada. Raised in Sioux Falls, S.D., he got his start in financial services with Citibank, where he acquired a talent for business strategy and promotion.

After leaving Citibank in 1990, he opened the Blitz Ballroom in Sioux Falls, which became one of the biggest rock ’n’ roll concert clubs in the Midwest and featured top national acts. From there he entered the concert promotion field until he moved to Las Vegas, Nevada where he founded Dollar Loan Center, a short-term lender and alternative to traditional payday loans. Charles C. Brennan set out to provide the kind of customer service found in upscale financial institutions to the subprime market with an emphasis on consumer-friendly practices.

Charles C. Brennan put his promotional abilities to work by launching an aggressive marketing campaign across multiple media, which brought extraordinary market share to the Dollar Loan Center in the Las Vegas (Nevada) area, eventually enabling the company to grow to 80 locations in four states. Charles and wife Mary are also the founders of Clark County Collection Service, LLC, a debt collection service with the same dedication to new levels of professionalism and service in the debt collection industry. The firm is also based in Las Vegas, Nevada, but now serves more than 500 clients nationwide.

Charles C. Brennan shared his love for music by creating the Brennan Rock & Roll Academy, which serves Boys & Girls Clubs members in his hometown of Sioux Falls, S.D. The Academy provides music lessons with professional musicians to kids of the Sioux Empire as well as opportunities to participate in rehearsals and concerts. Charles has donated $250,000 to found this project and has committed an additional $3 million to ensure its long-term success.